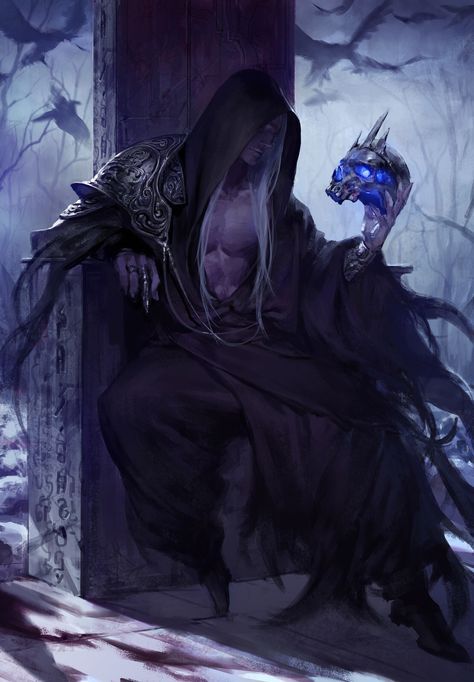 Little is known of the mysterious Master of the Void. He seems to have a hatred, or at least a rivalry, with the Queen-Eternal and it may well be the feeling is mutual considering that she, and her entire government, doggedly and ruthlessly deny his very existence.

Those theorists who dare official displeasure, or who speak only with colleagues in the security of a private club, speculate that the Outsider is responsible for the Doom that encompassed the world. Others are more skeptical of any narrative that paints the Queen's enemy in such a conveniently evil light.

Only those rare warlocks who have sworn a pact with the Outsider can claim to have any firsthand knowledge of his goals or motivations, but even to them he remains a cryptic figure, giving them nudges and suggestions but rarely conveying his true goals.